Winning the Freedom to Marry for Same-Sex Couples

Winning the Freedom to Marry for Same-Sex Couples

It’s a case study in strategic focus and inspired insight. It’s a history lesson in coordination and collective action.

Ultimately, it’s a tale of dogged perseverance. In the midst of heartbreaking defeats and against seemingly impossible odds, advocates for the freedom to marry stuck with it and won.

In 2004, a group of foundations that had funded lesbian, gay, bisexual and transgender (LGBT) causes came together to form the Civil Marriage Collaborative, housed at the Proteus Fund, to advance equal marriage rights in the United States.

A few months after crushing election results, in which voters in 13 states passed ballot measures banning the freedom to marry by wide margins, national LGBT leaders, including members of the Civil Marriage Collaborative, convened in early 2005 to chart a path forward.

In their case study, the Proteus Fund writes, “There had never been a meeting like it.” That meeting ultimately led to a shared framework for change — referred to as the 10/10/10/20 vision.

…a plan to move the nation to a “tipping point” on marriage within 20 years by securing marriage equality in 10 states, getting 10 others states to embrace civil unions, another 10 states with some form of legal recognition of same-sex couples, and at least some pro-equality organizing in the remaining 20 states.

Of course, social change is never easy. The new vision was successful at focusing funding and advocacy efforts.

But the movement still lacked a critical understanding of voter attitudes — let alone a strategy to shift those attitudes.

Between 2005 and 2006, voters in nine more states amended their constitutions to ban equal marriage rights. A 2005 survey funded by the Gill Foundation began to shed some light on the string of election losses: 57% of Americans believed that gay people did not share their basic values.

“By exploiting fear and ignorance about gay people, opponents had real success in claiming that marriage equality would damage the institution of marriage and harm kids,” said Matt Foreman, a program director at the Evelyn and Walter Haas, Jr. Fund, which helped found the Civil Marriage Collaborative and ultimately invested $39 million in the marriage struggle.

It wasn’t until 2009, after the heartbreaking losses in California in 2008 with Proposition 8 and in Maine in 2009 with Question 1, that the movement began to invest seriously in the type of public opinion research that went deep in exploring people’s beliefs, values and lived experiences.

Beginning in 2009, Amy Simon and a team of researchers and advocates undertook extensive qualitative and quantitative research, seeking pathways forward to reverse the string of losses at the ballot box. As The Atlantic Monthly noted, Simon and colleagues began to see the deep conflict that many voters experienced about the topic of marriage for same-sex couples.

Simon’s sessions could be wrenching. A participant in one focus group had been screened as a soft opponent of gay marriage, yet she spent half an hour sounding very supportive. She talked enthusiastically about her affection for the gay people in her daily life, including gay coworkers and a lesbian sister-in-law. “Finally, I said to her, ‘When we called you, you said you were undecided or leaning against [gay marriage]. Did we make a mistake?’” Simon recalled. “She looked at me and she stopped, and she said, ‘No, no, no.’ Then she started crying, and she said, ‘I want to be for this. But I’m afraid I’m going to burn in hell.’”

Simon found many voters were struggling as painfully as that woman with the issue of gay marriage. Their “undecided” status didn’t come from a lack of feelings on the issue. They were powerfully conflicted, caught between two deep-seated sentiments: On the one hand, a desire to be fair and compassionate toward their fellow man; on the other, a loyalty to what they saw as the ironclad teachings of religion, tradition, or culture.

This woman’s identity as a Christian, and her beliefs about salvation and marriage as a religious covenant between a man and a woman, led her to oppose marriage for same-sex couples. However, her lived experience of caring deeply for her lesbian sister-in-law and close gay and lesbian friends provided a powerful motivation to want to do right by them.

What emerged from this deep qualitative and quantitative research was a far more nuanced picture of the target voter. When thinking about the voters who cast ballots against equal marriage rights, LGBT advocates and activists tended to think in terms of “hate” and “bigots.” Researchers found many voters who were deeply conflicted. They had coworkers, friends and relatives who were gay whom they liked. Often their conflict stemmed from caring about these people, but being raised in a church where they were taught that being gay was a sin.

With a deeper understanding of the voter mindset, state advocates began public education efforts in 2011 and 2012 to shift how voters related to gay people and how they thought about equal marriage rights.

A big shift came in the approach to persuasion. Gone were messages focused on discrimination and rights, like the “No on Prop 8” campaign ran in California, featuring Senator Dianne Feinstein. Ads like this had failed to convince enough conflicted voters.

Rather than politicians, advocates elevated everyday people as messengers — especially the long-time married parents and grandparents of gay and lesbian people.

Rather than a fact-based approach that talked about “discrimination” and “the state constitution,” messengers shared personal stories of love, marriage and commitment. A beautiful ad featured Harlan Gardner, an octogenarian grandfather from Machias, Maine, who has been married to his wife, Dottie, for over 50 years.

The ad opens with the entire family at the breakfast table, with Harlan explaining that “we have four generations of our family sitting around this table.”

In explaining why he wants his granddaughter, Katie, to be able to marry her partner, Alex, Harlan says, “Marriage is too precious a thing not to share.” This is an example of heartwired messaging — a respected messenger expressing shared values with his audience regarding marriage, which in turn helps them to manage their conflict about marriage as a religious institution.

An ad in Maryland* in 2012 featured Todd who expresses his concern about not wanting to harm lesbian and gay friends or family by voting against allowing marriage for same-sex couples.

The new messages and messengers shifted people’s perception of gay people, same-sex relationships and why gay people wanted the freedom to marry.

The culture shift had a more significant impact. Many believe it demonstrated to at least five of the nine justices of the United States Supreme Court that public opinion had moved far enough in support of the freedom to marry to issue their landmark decision legalizing equal marriage rights on June 26, 2015.

*The videos and messages above have been created by different teams of talented, strategic communicators. We’re featuring them here as examples of the many ways powerful messaging, delivered by the right messengers, can connect with the values, beliefs, morals, identities and lived experiences of their audiences. 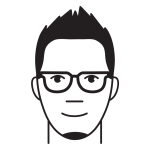